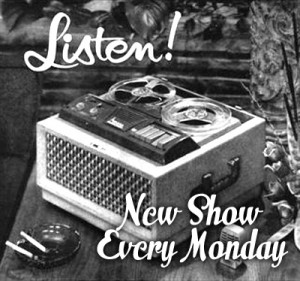 Reel Lost Podcast focuses on over 40 found/ recovered reel-to-reel tapes and their sometimes supernatural-based content. Hosted by anomalistic researcher John E.L. Tenney each episode presents one of the reel-to-reel recordings in its entirety. These recordings were recovered from the homes of persons who were involved in the paranormal/naturopathic/psychic community from the 1940’s-1960’s. The transference of ownership of these recordings to the host is believed to imply that the current owner holds the copyright/usage rights to release these recordings. In some instances the names of the original owners will be removed to protect their identity, otherwise these recordings will be presented without noticeable edits. Sometimes the recordings may contain religious and spiritual issues these are presented as an insight into the ever-changing nature of thoughts and personal belief systems.

John has been actively involved in the field of anomalistic/conspiratorial/occult research for well-over two decades. His columns and articles have been printed in magazines and newspapers world-wide, and he has lectured to numerous public and private schools, universities, organizations and clubs. The author/contributor of over a dozen books, Mr. Tenney has also been interviewed extensively on radio and television globally. Due to his extended time involved in anomalistic research he has acted as a consult for numerous companies including, but not limited to, NBC, A&E, Fox, SyFy, The Detroit Free Press and Huffington Post, Men’s Health and The New York Times. He is currently the co-host of the TV show Ghost Stalkers which airs on Destination America

Aside from his time investigating unusual phenomena John is also an accomplished painter, musician and humorist. As a musician John has performed with musical acts such as Social Distortion, Agent Orange and Kid Rock. His paintings can be found on display throughout the country and have been featured at numerous art openings across America. Since 2008 he has created a number of award-winning podcasts. He sporadically performs stand-up comedy in and around Detroit.